What 15 Tiny House Experts Would Change About Their Tiny Houses

“If you could go back and change one thing about your tiny house, what would it be?”  15 tiny house experts, who have built tiny houses, live in tiny houses and teach folks from all over the world about tiny houses gave their answers.

I wish I would have bought land originally and built on a foundation instead of converting it a year later.

I would make it even smaller. I currently live in a 590 square feet home and I see lots of opportunity to reduce space throughout the home.

Now that I’m in Texas with a hotter climate than I ever anticipated living in, I could really use a nice mini-split system instead of the window AC unit I am currently using.

I would go from an 18 foot trailer to a 20 foot trailer. I think the extra length would be a real sweet spot for me.

I could have made a more interesting and more useful house if I had explored a rising roof, dormers, or even a shed roof.

The kitchen cabinets! We approached them the same way we approached building the shell of the house, which is overkill! We were facing a time crunch and didn’t take the time to review some basic cabinetry tutorials.

I often wonder what a newer, better insulated, better laid-out, design would be like to live in. I wanted to be “Green” by saving an existing “beater” of a house though, and don’t really have any regrets.

I would use better quality windows. In my climate aluminum windows are a mistake, would use wood or aluminum clad in a do over. I would also vent my roof.

I’d incorporate a compact staircase with storage built in rather than a ladder.

Now that both of our teenage kids are living on our land with us full time, a larger dining room table would be great.

Choose a design with a full porch! I wish I had a covered place to sit outside with my coffee in the morning and a glass of wine at night.

I might raise the roof line (we’re on a foundation) or do bump-outs to have windows in the loft walls.

Anything I wanted to change I have, it’s a flexible thing. I suppose one thing that is harder to change is my window to wall ratio, I don’t really have room to hang a picture.

I would make the horizontal window by the stove operable.  In retrospect, I would have been able to make it work with an awning window.

I would try to have all the money saved to get the all the projects done before moving in. It is more fun to save then to pay off the debt after the fact.

Source: The post What 15 Tiny House Experts Would Change About Their Tiny Houses appeared first on The Tiny Life.

expert, tiny house
How to test out downsizing – could live small (even tiny?) 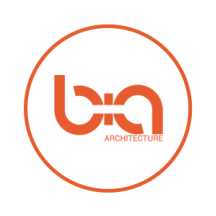 Your feedback is valuable for us. Your email will not be published.

The Future of A Truly Sustainable Home